What is Mixed Migration?

Mixed migration is a complex, relatively new term and thus slightly differently defined by various entities. Following are some of the most common and detailed definitions.

"The principal characteristics of mixed migration flows include the irregular nature of and the multiplicity of factors driving such movements, and the differentiated needs and profiles of the persons involved. Mixed flows have been defined as ‘complex population movements including refugees, asylum seekers, economic migrants and other migrants’. Unaccompanied minors, environmental migrants, smuggled persons, victims of trafficking and stranded migrants, among others, may also form part of a mixed flow.”

"Migrants are fundamentally different from refugees and, thus, are treated very differently under international law. Migrants, especially economic migrants, choose to move in order to improve their lives. Refugees are forced to flee to save their lives or preserve their freedom.

"Migrants and refugees increasingly make use of the same routes and means of transport to get to an overseas destination. If people composing these mixed flows are unable to enter a particular state legally, they often employ the services of human smugglers and embark on dangerous sea or land voyages, which many do not survive.”

"The Mixed Migration nomenclature does not normally include Internally Displaced People (IDPs) but RMMS monitors and tracks IDPs in the Horn of Africa region as part of the larger group of ‘displaced’, and in recognition that today’s IDPs are often tomorrow’s migrants (forced, involuntary or otherwise)."

"Current migration features a bewildering variety of forms and types of movement. The term ‘migrant’ can encompass highly diverse types of people on the move, both within and between countries: among them are permanent emigrants and settlers; temporary contract workers; labour, professional, business and trader migrants; students; refugees and asylum-seekers; people who move from rural settings to cities, or from smaller towns to larger ones; and people who seek safety from conflict within their own countries. Moreover, people often shift between these categories: they may enter a country as students, tourists or visitors, for example, but then overstay, work, ask for asylum, or seek permanent settlement, and eventually become naturalised as citizens. Likewise, internal migrants driven by conflict or in search of opportunity may in time cross state borders and become international migrants."

Why is it such an important topic?

Human mobility in North Africa is characterized by complex movements originating within the region, as well as in other parts of Africa and the Middle East. They involve regular and irregular migrants, including those escaping poverty, discrimination and other human rights violations, those in search of a more dignified life and better opportunities, refugees and asylum seekers, those looking to reunite with family abroad, smuggled migrants, victims of trafficking and unaccompanied minors.

People travelling along these routes often experience severe human rights violations. Refugees and migrants are smuggled, trafficked and held hostage for ransom, thereby being subjected to extortion, forced labour, sexual exploitation, slavery-like practices, servitude and torture, sometimes resulting in death. Migrants and refugees are stranded in transit or get caught up in conflicts and remain in situations of increasing vulnerability. State practice and actions of state authorities can include mandatory detention, inadequate conditions of detention, violence and discrimination by border authorities and unlawful and disproportionate use of force.

To address the rights, needs and vulnerabilities of the people moving in these mixed and complex flows, further insight is needed into the circumstances of their movements. 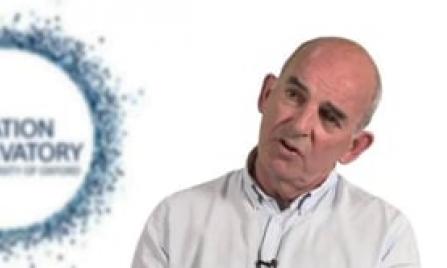