Number of Migrants in Libya Increases in October-November 2021, Data Shows 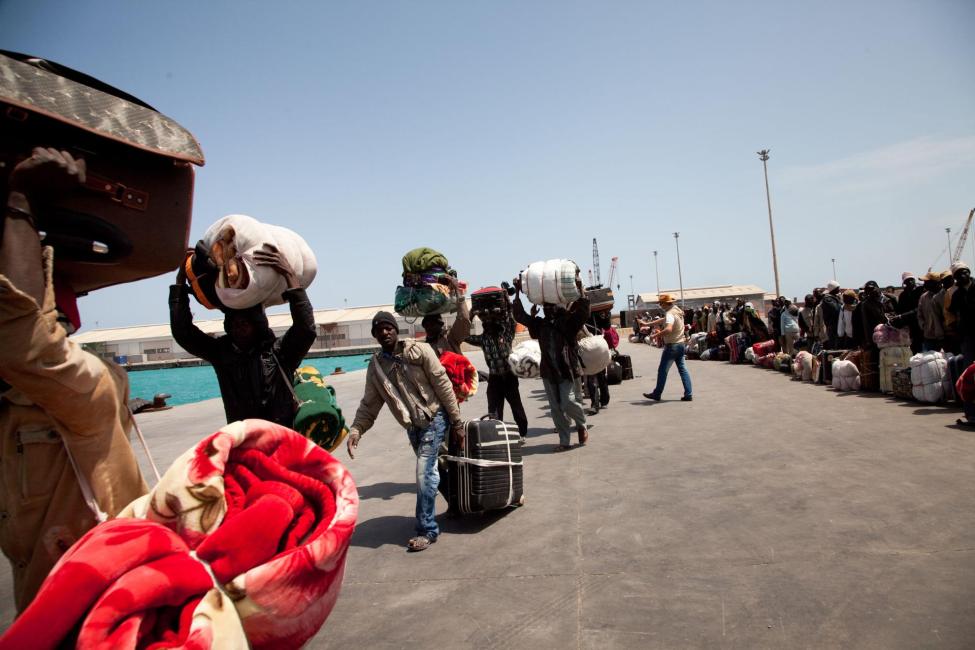 The number of migrants in Libya continued to increase in the period between October and November 2021 reaching 621,007 migrants, compared to 610,128 in the period of July-September 2021, according to the latest Displacement Tracking Matrix (DTM) report on Libya, an IOM periodical report that tracks population movements.

The migrant population remains lower than the 654,081 recorded in October-November 2019 before the economic downturn and mobility restrictions that followed the COVID-19 pandemic. 61% of migrants interviewed for the report said that financial issues were among the three main difficulties they have to face in Libya, ahead of lack of identity documents (39%) and lack of information (30%).

Although 90% of migrants surveyed in the report cited economic motives like insufficient income or lack of job opportunities at the country of origin as the reason for their migration to Libya, unemployment rate among migrants during October and November was 23%.

According to the Humanitarian Needs Overview 2022 report, 46% of migrants in Libya hold a predictable source of income and 69% noted difficulties securing work. The findings of the DTM October-November report showed that 28% only of migrants surveyed have sent remittances.

Migrants faced challenges in their living conditions as well. 78% of migrants surveyed said they have limited or no access to healthcare services and one in five migrants reported not having clean drinking water.

IOM and other humanitarian organizations have pointed to inhumane conditions that migrants have to go through at detention centers in Libya.

According to the DTM report, 14% of migrants reported security-related issues, such as attacks and assaults as the main challenge they faced.

DTM reports track and monitor population movements to collate, analyze and share information to support the humanitarian community with needed demographic baselines to coordinate evidence-based interventions. The reports are produced by the International Organization for Migration (IOM) and are funded by the European Union (EU).

DTM reports also provide information on migrants’ profiles, flows, and the routes they use to reach Libya. They also provide insights into their vulnerabilities and Humanitarian needs.

A copy of the report can be accessed here

Migrant Deaths and Vulnerabilities from and within MENA Region Increased in First Half of 2021, IOM Report Reveals